As you know as per my previous post of Black Milk - I lust after their stuff - especially their galaxy leggings. Which would never fit me.

I saw these this week on Domino Doll: 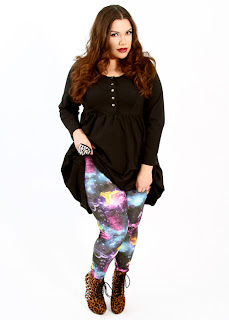 Click on the pics to open the links.
I don't know how I feel about this. They are called Galaxy Leggings as well. Part of me goes - oh yeah - leggings that might actually fit me, but then I think,,, hold on,,, poor Black Milk has been copied. Then I remembered that I wanted to copy them as well.  Anyhows enough of that seriousness.

I did another search for fabric that would work and wow!!! 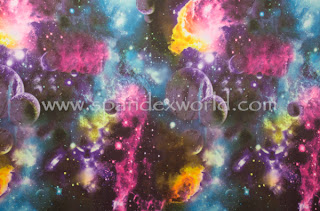 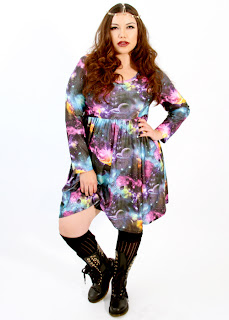 Which led me back to look at the baby doll dress Domino Doll has in the same print, which I love, but which I won't wear because of the long sleeves being too hot and the fact that it wouldn't fit well anyway. I showed the husband and he was like 'You should buy the fabric and make it'. So I took his word for gospel and bought the fabric as well as this awesome print... 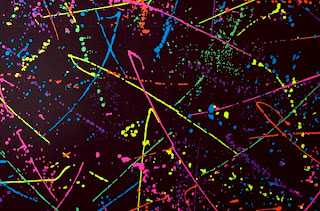 When I was younger I loved splatter prints. I still do, so I'm glad they've made a bit of a comeback.
All up the cost of the galaxy fabric including postage would have cost me the same for both items, but I can make sure that they will fit me, and I hopefully would have a little left over for maybe a top.  But as we know, sewing isn't about saving money sometimes, most of the time it's about being able to say, 'Thanks, I made it' and blow people's minds.
Posted by Pammymela at 8:28 am