This post is about money - it's not earth shattering change your life sort of post. I'm just sharing some money keeping ideas that I certainly didn't invent but I think are pretty cool. 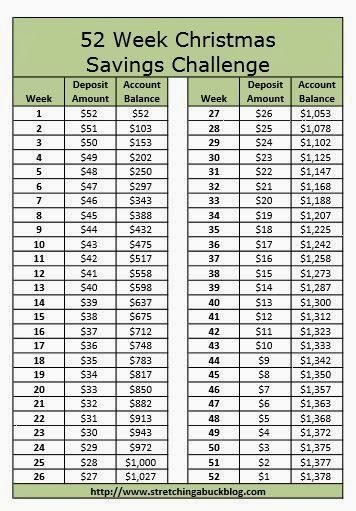 This was the version that I first saw.
I've linked the image back to it's original website.

The first one is the 52 weeks challenge that I'm sure everyone saw on Facebook at the beginning of the year.  If you haven't here is a post about it.  The idea is that you put money into a money box or other container every week.  I liked the idea of it, and when I looked at the numbers it seemed do-able. For week 1 you would put $1 away. For week 2 you would put $2 away and so forth until you are putting $52 in the kitty for week 52.  I never have that much cash on me that isn't already going to be spent on food or something in particular.

So then I thought that I could do it electronically.  I would open up an online bank account that didn't have a physical card attached (and didn't have fees etc), and then I would follow the challenge.

Well, I did open up my extra account, but then I thought about having to put in the different amounts...  so I opted to just put $10 in there each week. 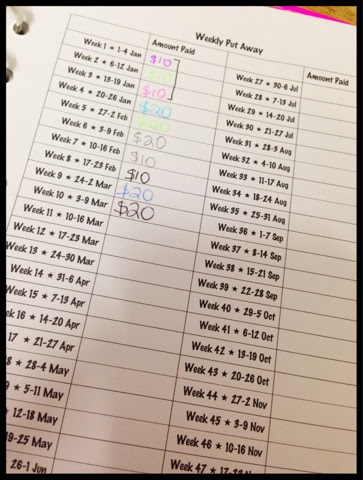 Instead I decided that I would award myself the extra $10 if I worked out a least three times a week.  I'm not kidding myself though, I know that some weeks I won't do that and I am OK with that.

I created my own checklist to track my deposits and called it my 'Weekly Put Away'. 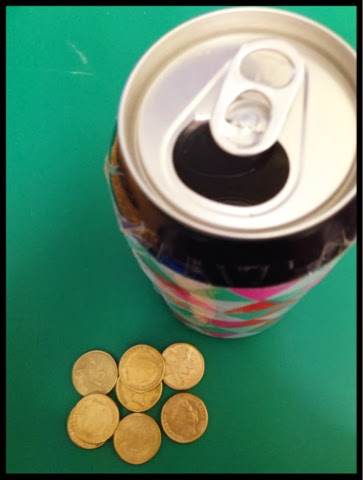 The second way that I scrounge save up a little money is my favourite.  All you will need is a can of soft drink preferably with the wider opening.  Rinse out the can and start popping in $2 coins. One can will easily hold $600.

I like to pretty up my can with a bit of wrapping paper.

By the end of the year it's nice to be able to take your cans of money into the bank and get it counted.  Also nice because it's like bonus money just when you need it - Christmas presents paid for, maybe even something for yourself. 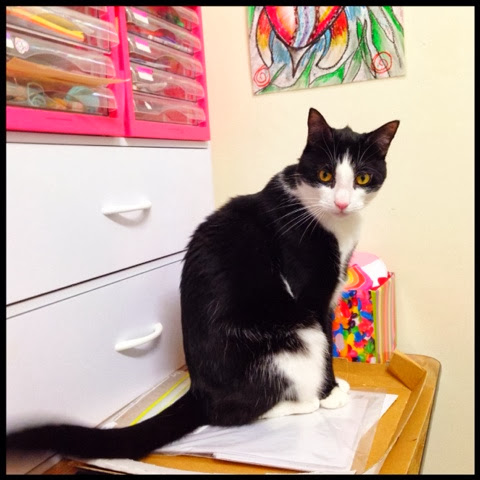 Bonus - I've been sorting out my desk, putting in new drawers and getting rid of stuff in general. Squish is sitting in the cats' box - but it's a little worn and gets filled up with papers too easily.  So I've gotten rid of it.  I'll see how long it will take for the cats to start laying all over the keyboard again.
Posted by Pammymela at 4:07 pm