For some reason I just could not get to sleep, and then during the night I had the worst cramps I've had in a while (too much info?). Then I also had nightmares which I'm glad I can't remember because I have doosies. The nightmares,I think, stem from my withdrawal of meds. When I started them, I had terrible realistic dreams that I really believed had happened when I woke up. Once I even had to ring my mum just to make sure that Grandad was still alive.

So I'm in slow motion this morning. I did convince myself to put on a workout outfit and attempt my routine - it was half hearted and I didn't even do a second set.

I've now eaten two Poptarts and given my newest beads their last clear coat. I'm thinking about starting up a jewelry stall again,,, I'm not sure.

Time for a shower I think - maybe that will pep me up. 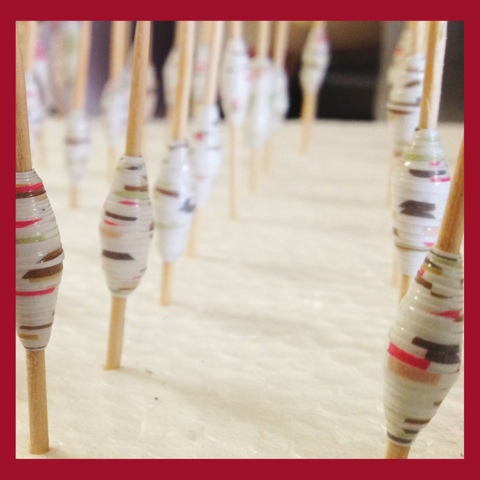